Greeks in the House!

Ancient Greece.
Exhibits at museums usually guide my lessons. Check out a current or upcoming exhibit if you are out of ideas, and that should help you. The Field Museum has an amazing exhibit on Ancient Greece that is partnered by the National Hellenic Museum. Once I heard about that, my brain went on overdrive.
These are the materials I used for my lesson (most of the books I requested from the public library):


The lesson took about over a week including the field trip to the museum. It turns out his previous school was going there so I arranged to meet up with them on the same day to visit the exhibit.
Last year, we did a lesson on Archimedes and of course he was mentioned repeatedly in the lesson. We reviewed what he had learned in the past and if there was something new in what we were reading about it. There is a lot of discussion in our lessons. We tend to stop because Vincent wants to talk about something we are reading and come up with his own conclusions.

On his own, he decided to make a pulley system with Legos (again, it haunts me sometimes) with the guide of the Richard Platt book (above): 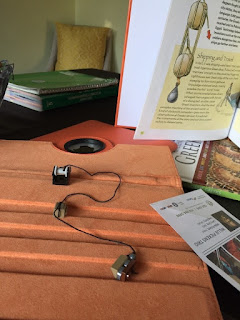 During the lessons, I try to connect the past with our current life today. For example, we ate at a Greek Restaurant and we noticed that the Ancient Greek diet was reflected in the menu. Since we live in the mecca of architecture, I point out buildings that reflect the Greek Revival designs. Sometimes, he will point them out to me before I can say anything. Vincent's dad gave him a lesson on the Greece's current economy. What struggles they have and why? What can they do to help their economy? I'm still waiting for a video I requested from the library about Rick Steve's Greece. I want to show him how it is like today.

In the book, Classic Greek Architecture, we came across this page. Vincent talked about the diagrams and explained to me about what were the columns, stairs, walls (I had no clue) and spacing. It was pretty cool. 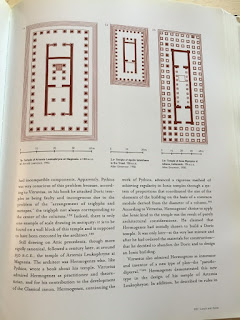 For our final lesson, Vincent came up with a Lego competition; V vs Mom&Dad. Following a diagram he created, we had less than 20 minutes to build it. It is a diagram of a Greek temple with a god or goddess in the center: 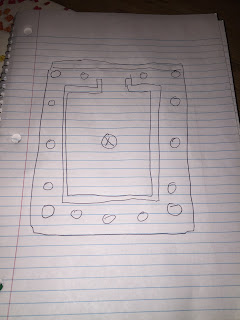 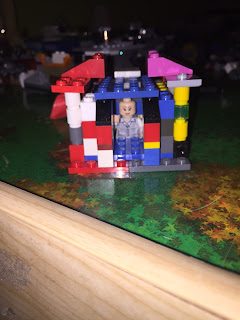 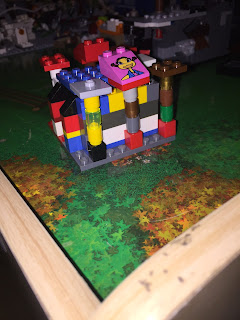 Vincent's (he happened to finish before the time and decided to build a name plate & added a worshipper): 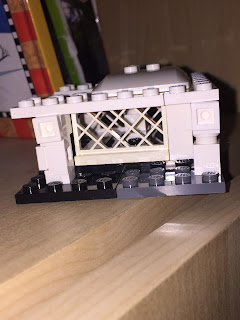 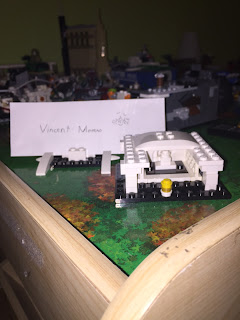 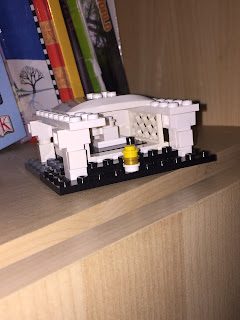 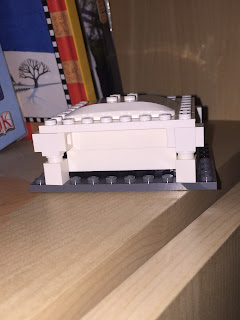 *Great book that uses transparencies to show before and after. Also had items from the Greek exhibit at the Field Museum.

Posted by Sunflowermommy at 10:04 AM